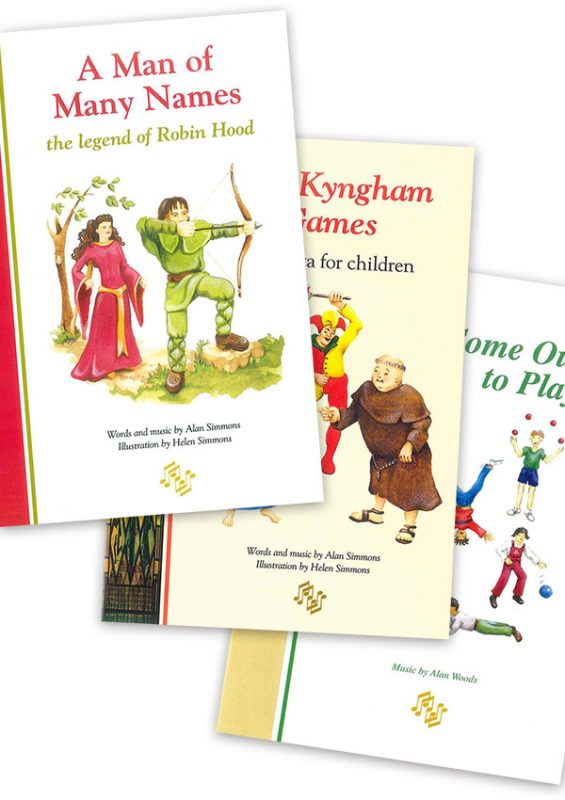 Robin Hood – A Man of Many Names

Who was Robin Hood? Was he really from Nottinghamshire or can you believe this Yorkshire composer’s assertion that he was from the same place, the Merrie City of Wakefield?! The legend of Robin Hood told in song and rhyme. Based on real historical documentation, going back to the very first mention of him in the Piers Plowman rhymes of 1377. Duration 20 mins.

Depicting the colourful festivals of Tudor times, there are characters such as The May King and Queen, The Friar and The Jester. It is full of rich melodies and very accessible part singing. Songs can be used individually or together in a performance – duration 15 mins.

Come out to Play