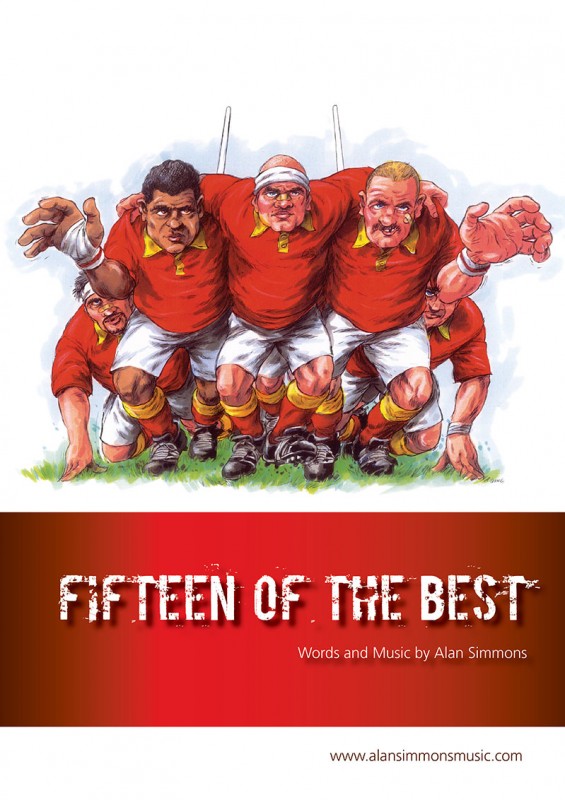 Fifteen of the Best

Another of Alan Simmons’ sporting songs, this time about rugby. Commissioned by Glenn Chaney and Making Music, the song was first performed in Birmingham during October 2004 in association with Moseley Rugby Club. It was designed to encourage children (of any age) to take an interest in both singing and rugby (and preferably both!) It’s being used again this year by at least one Guiness Premiership rugby club.
Experience the glamour of the backs and the grit of the forwards to a pounding rock-style backing – great fun!