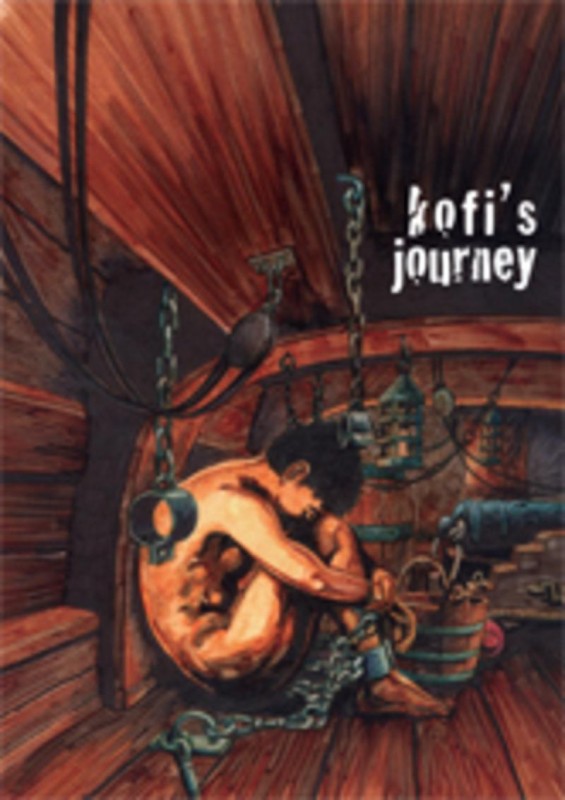 Over 200 years have passed since the slave trade was abolished in Britain. It’s a good time to reflect on the events of the time and to assess how things have changed.

Kofi’s Journey was commissioned by Milton Keynes Music Service, an appropriate body for this subject because John Newton, former captain of one of those notorious slave ships who became horrified by what he was doing and gave it up to become a Christian minister of and writer of great hymns, was from Milton Keynes.

Kofi is a fictitious character, but there are many real people who fit the same description. He decides to trace his ancestry and starts in Africa, crossing on one of the slave ships to the West Indies, on to the southern states of the USA, back to England and finally returning to Ghana.

The songs represent the style of music heard in each place. Africa is a pounding chorus with a great deal of drumming. The journey across the sea is fraught with danger and worry. The West Indies provides an ironic, almost desperate calypso that still has its defiant cries of hope. The USA gives us The Blues with all its angst, but also the Boogie Woogie with its drive and determination.

Kofi then has time to reflect, in “Time Passes By” before returning to Ghana where he is bowled over by the sheer exuberance of the High Life bands!

It’s all here, in the music and narration, and it’s a story we cannot ignore.

Don’t let the parts worry you! They are all tunes. The children simply learn one tune at a time, then they weave together into 2 parts.

Kofi’s Journey was first performed in the Milton Keynes Theatre on June 28th 2007 and will be performed by the same group in the Schools Prom, Royal Albert Hall, on November 12th 2007.