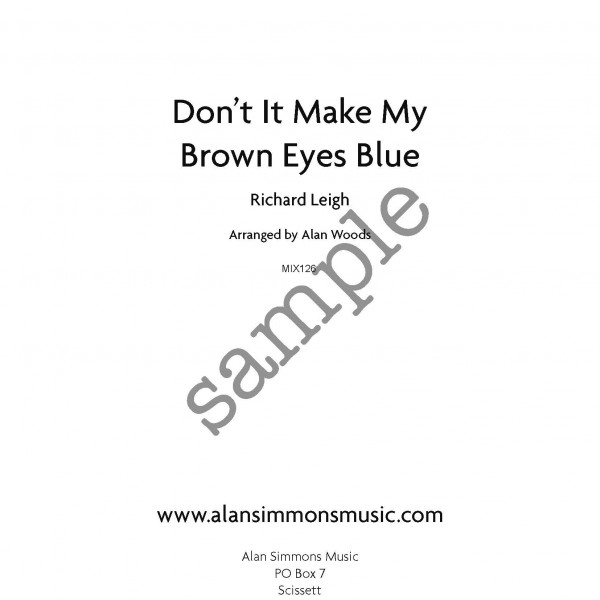 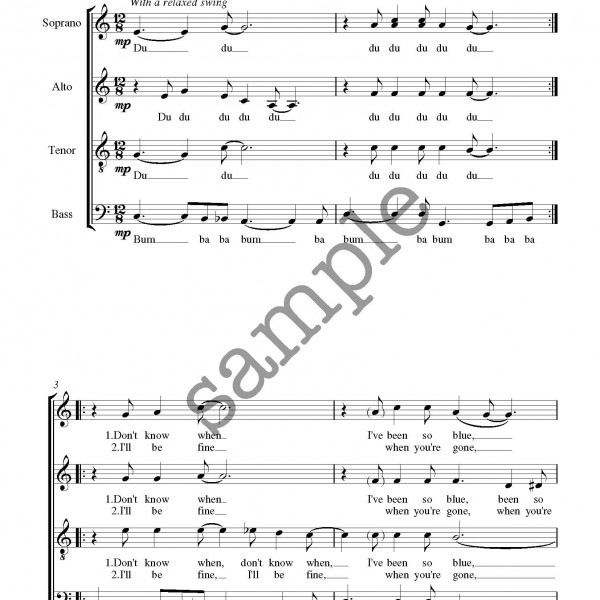 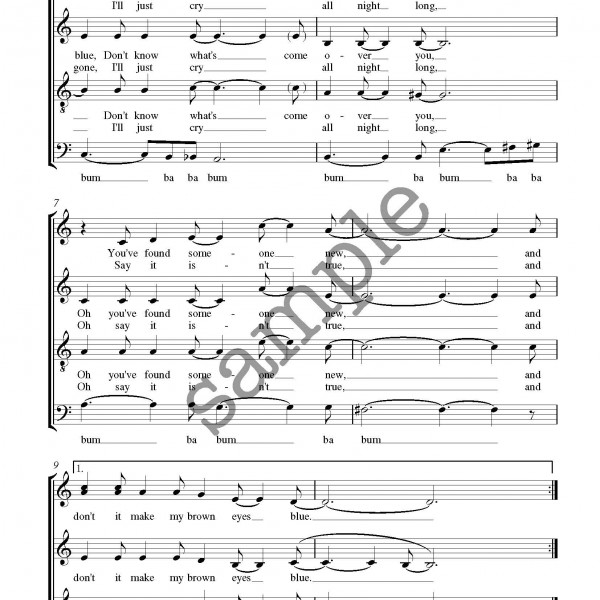 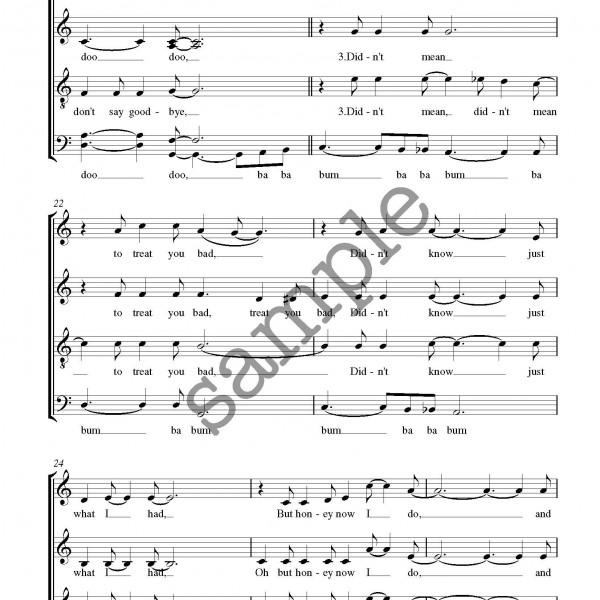 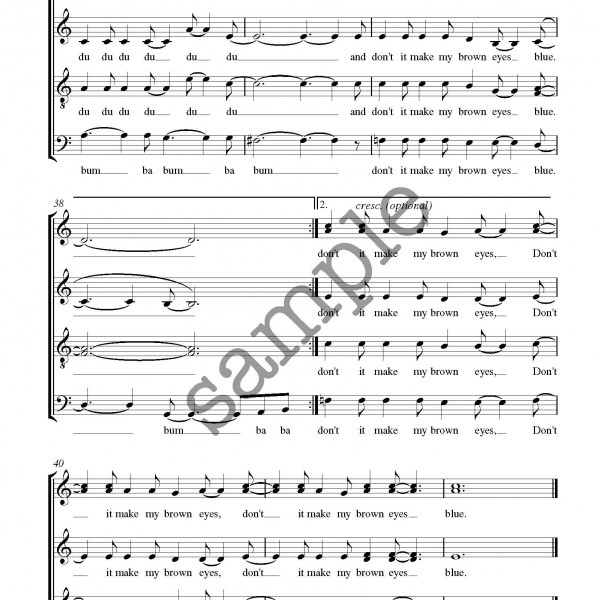 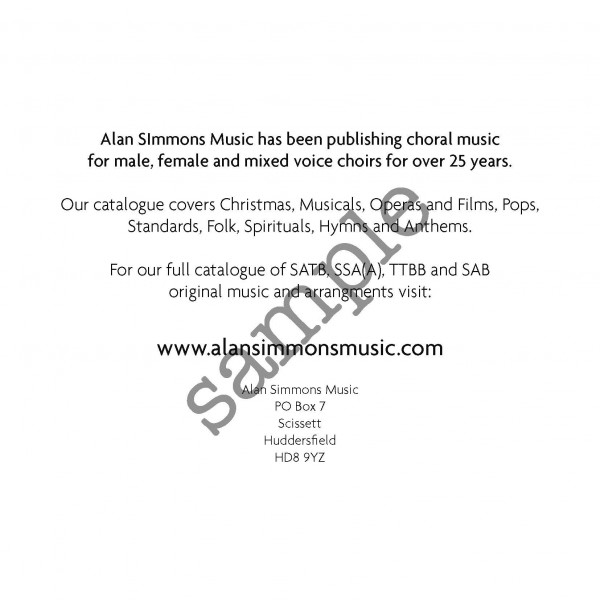 “Don’t It Make My Brown Eyes Blue” is a song written by Richard Leigh, and recorded by American country music artist Crystal Gayle. It was released in 1977 as the first single from Gayle’s album We Must Believe in Magic. Notable is that Gayle herself has blue eyes. This a cappella arrangement has the same relaxed ‘swing’ feel to it that perfectly suits an SATB choir. The melody is shared between the parts.