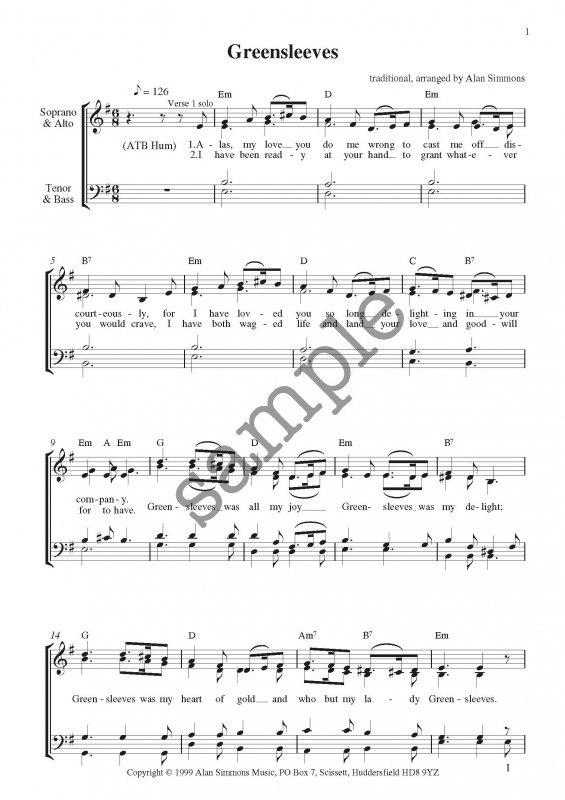 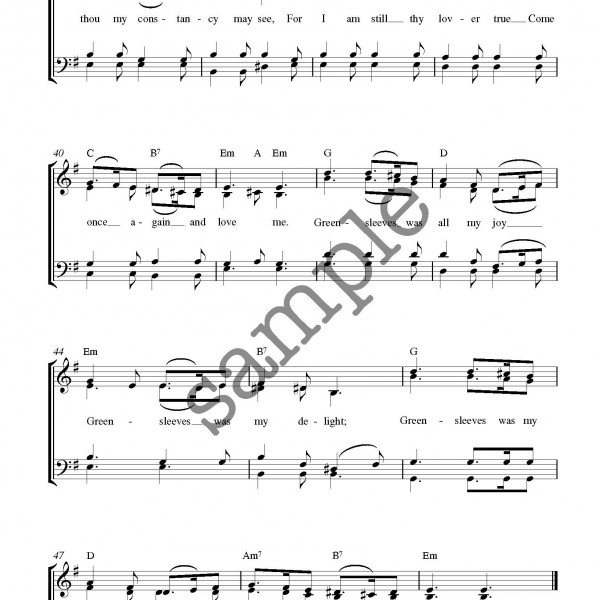 A traditional English folk song and tune,. There is a persistent belief that Greensleeves was composed by Henry VIII for his lover and future queen consort Anne Boleyn. Boleyn allegedly rejected King Henry’s attempts to seduce her and this rejection may be referred to in the song when the writer’s love “cast me off discourteously”. However, the piece is based on an Italian style of composition that did not reach England until after Henry’s death, making it more likely to be Elizabethan in origin. This is an easy arrangement, starting with a haunting soprano solo, then splitting into enchanting harmonies that will ring throughout the room.