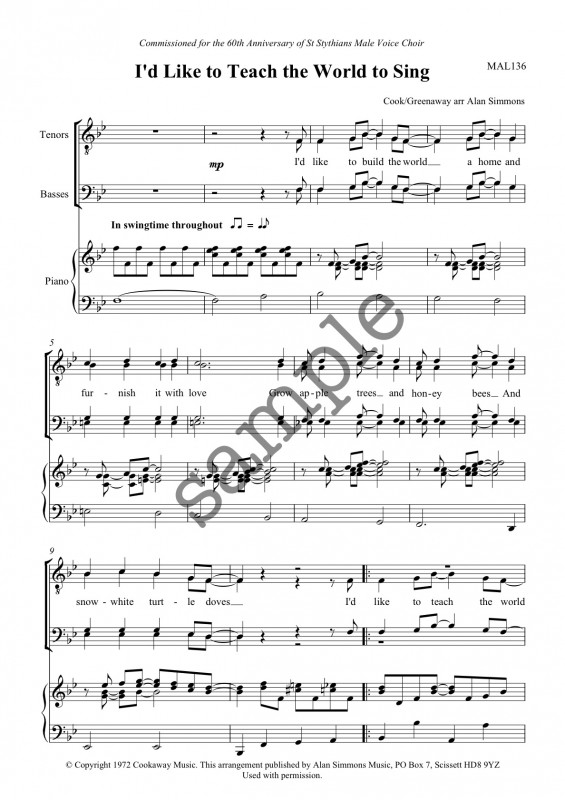 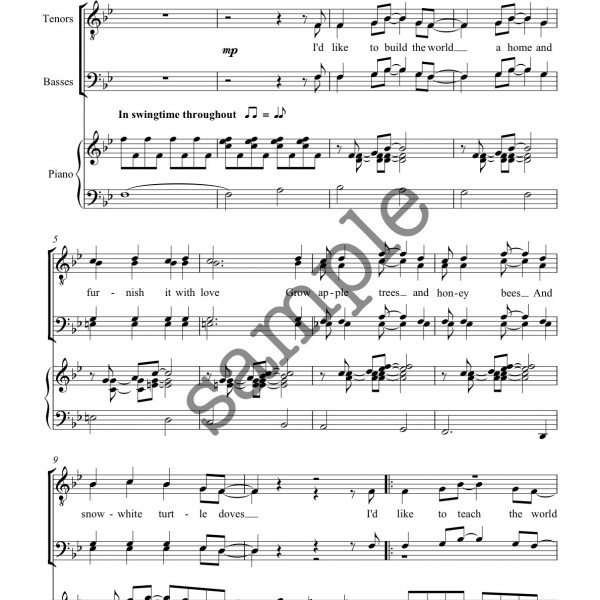 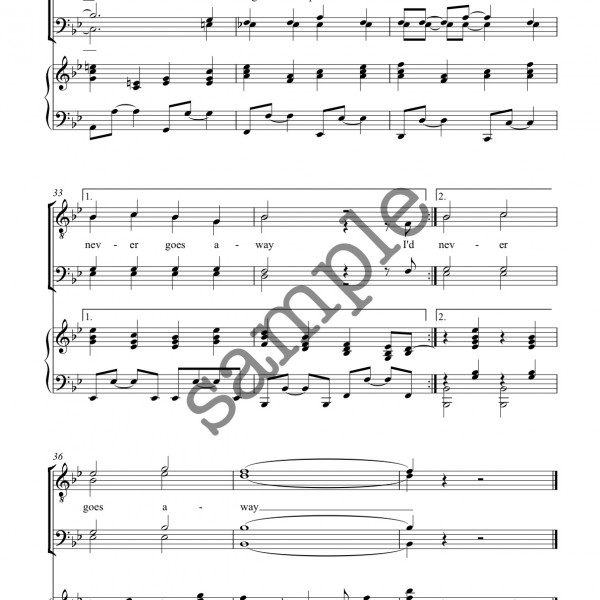 I’d Like to Teach the World to Sing – TTBB

I’d Like to Teach the World to Sing (In Perfect Harmony)” is a popular song which originated as the jingle “Buy the World a Coke” in the ground breaking 1971 “Hilltop” television commercial. The popularity of the jingle led to it being re-recorded by The New Seekers as a full-length song, dropping references to Coca-Cola. The song became a hit record in the US and the UK and is extremely popular with choirs, particularly because of the subject and sentiment of the song. This arrangement was recently used in an open day to promote singing in a Male Voice Choir and successfully recruited a large number of choir members.