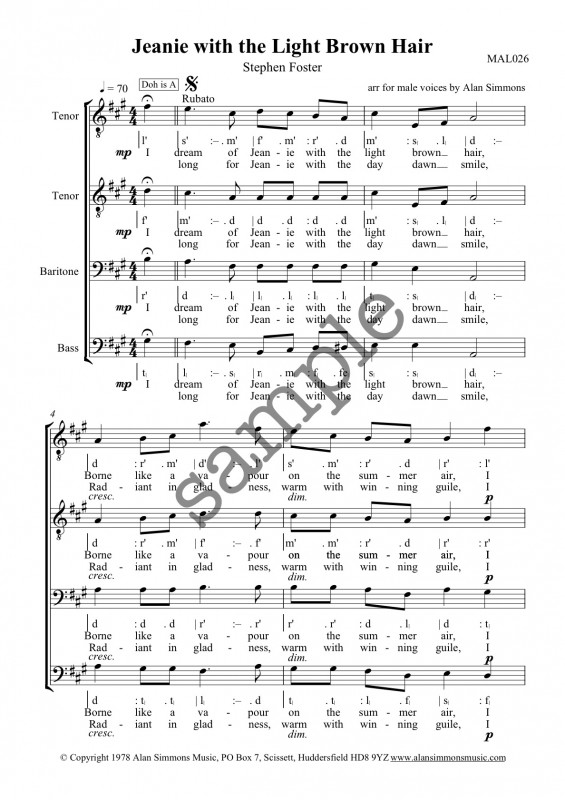 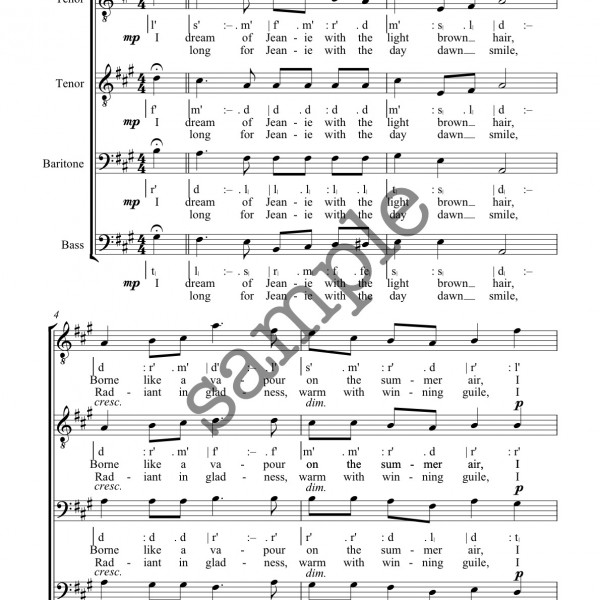 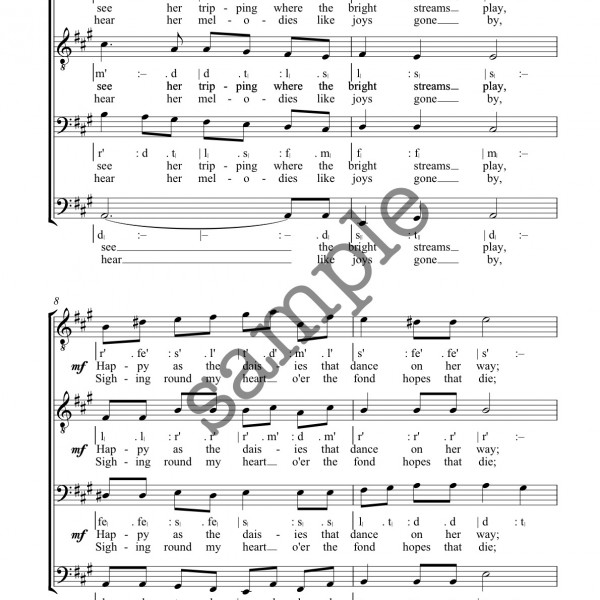 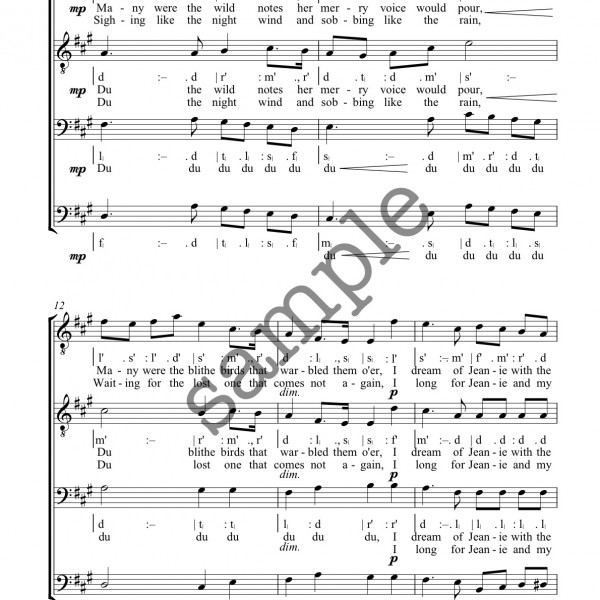 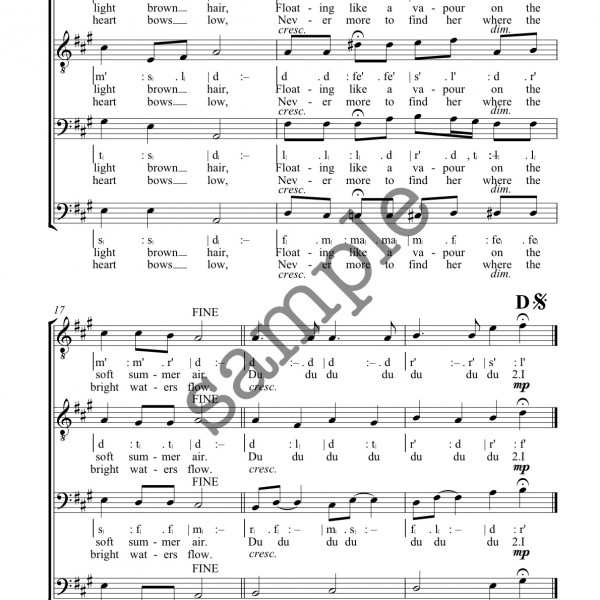 Jeanie with the Light Brown Hair” is a parlour song by Stephen Foster in 1854. Foster and his wife, Jane McDowell, separated in 1853. The opening texts of each stanza support the speculation that the song was written with Jane in mind: “I dream of Jeanie” (verse one); “I long for Jeanie” (verse two); and “I sigh for Jeanie” (verse three). This was a song that was well ahead of its time, as it lends itself to a ‘jazz style’ arrangement of this a cappella version.