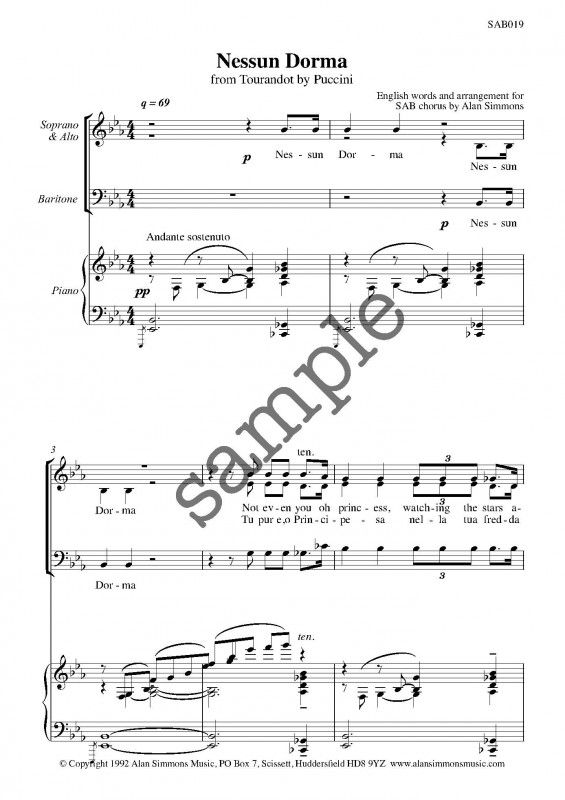 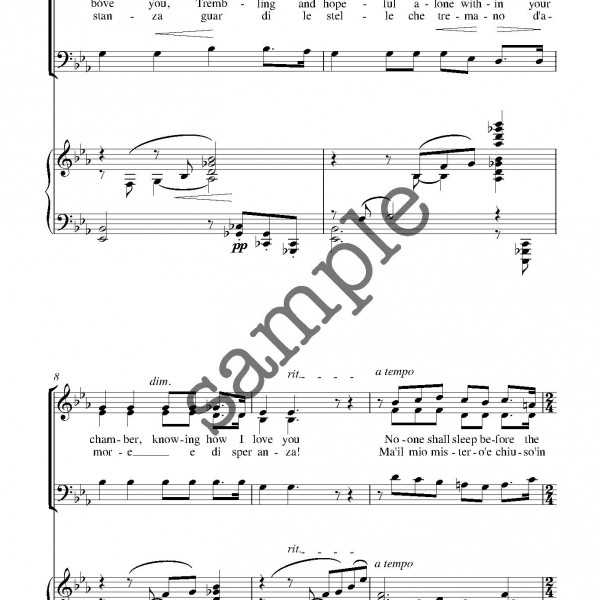 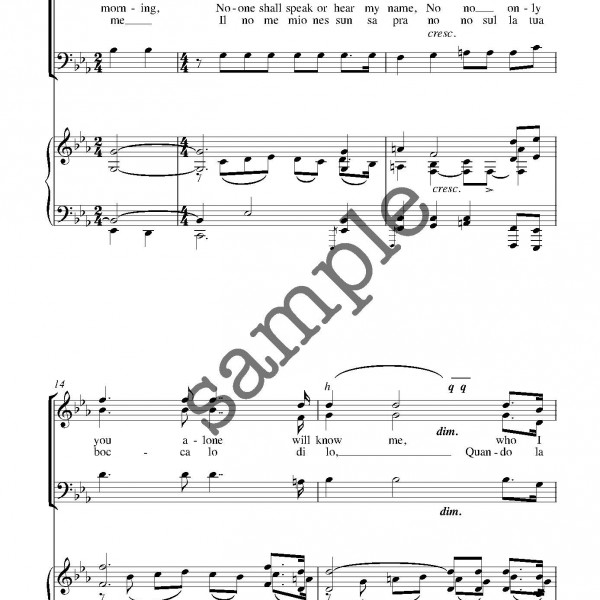 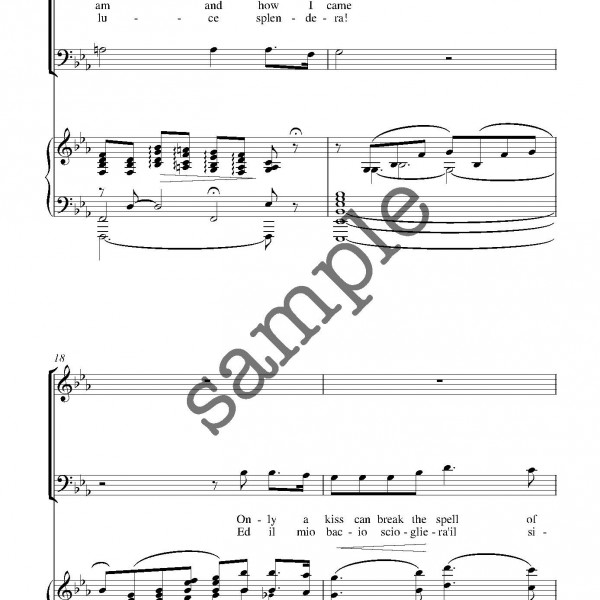 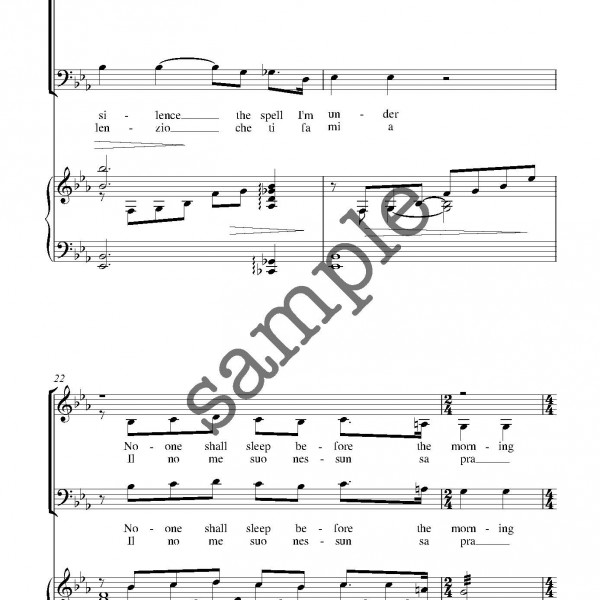 The world famous Nessun Dorma” is one of the best-known tenor arias. This Nessun Dorma SAB arrangement also has English words.

The world famous Nessun Dorma – one of the best-known tenor arias. From the final act of Giacomo Puccini’s opera Turandot, it’s a song that gained pop status in 1990 when Pavarotti recorded it for the football World Cup.

This SAB arrangement has all the drama and grace you would expect from this famous aria. However, it is relatively simple enough to grasp (with practice). Dynamics are important as it rises and falls, until building to a crescendo.

This version features both the original Italian words and English translation. You can choose which version you prefer to sing.

Needles to day, this is one of the most popular catalogue items. In fact, choirs throughout the world enjoying this thrilling arrangement (which is also available for Male, Female and Mixed voice (SATB).

Listen to the sound file for an idea of the arrangement. You will also find several recordings by different choirs on YouTube (as is it a best seller in our catalogue).