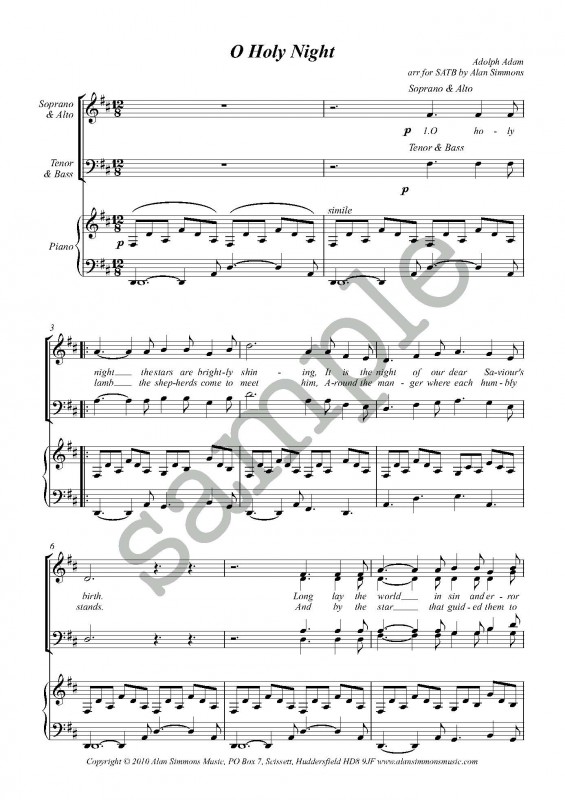 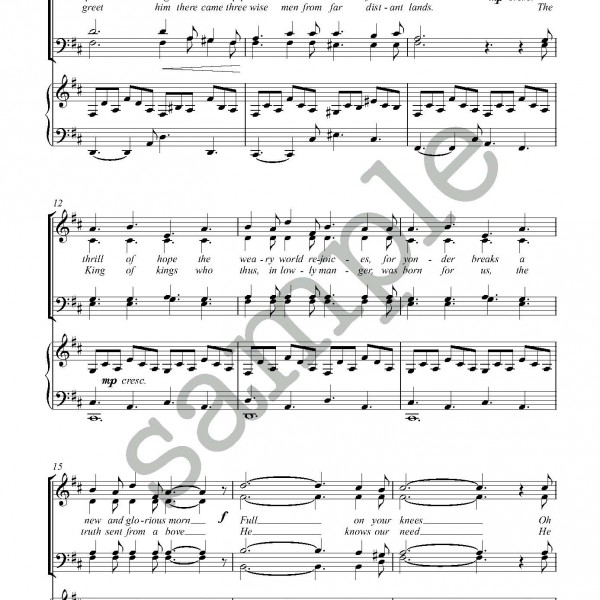 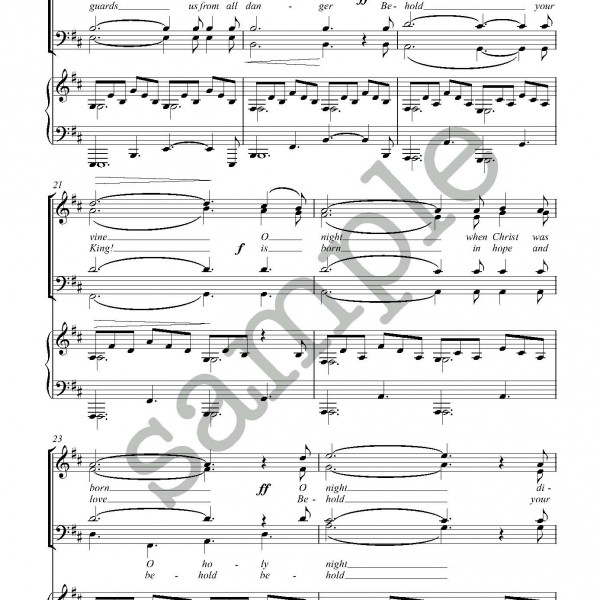 This is one of many O Holy Night SATB arrangements available, but we think it is the best (we would, wouldn’t we!)

The origins of O Holy Night

O Holy Night was recently voted most popular Christmas song. Incredible that it is so relevant today, as this popular carol was originally composed in 1847.In Roquemaure at the end of the year 1843, the church organ was recently renovated. To celebrate the event, the parish priest asked Cappeau, native from this town, to write a Christmas poem, even though the latter never showed an interest in religion, and Cappeau obliged.Soon after, Adam wrote the music. The song was premiered in Roquemaure in 1847 by the opera singer Emily Laurey.In both the French original and in the two familiar English versions of the carol, as well as many other languages, the text reflects on the birth of Jesus and of humanity’s redemption.

Here we have a thrilling arrangement by Alan Simmons that will be a real centrepiece for your concert. Written by a man that understands mixed voice choirs, it has the right amount of flair and a conclusion that will leave you breathless.