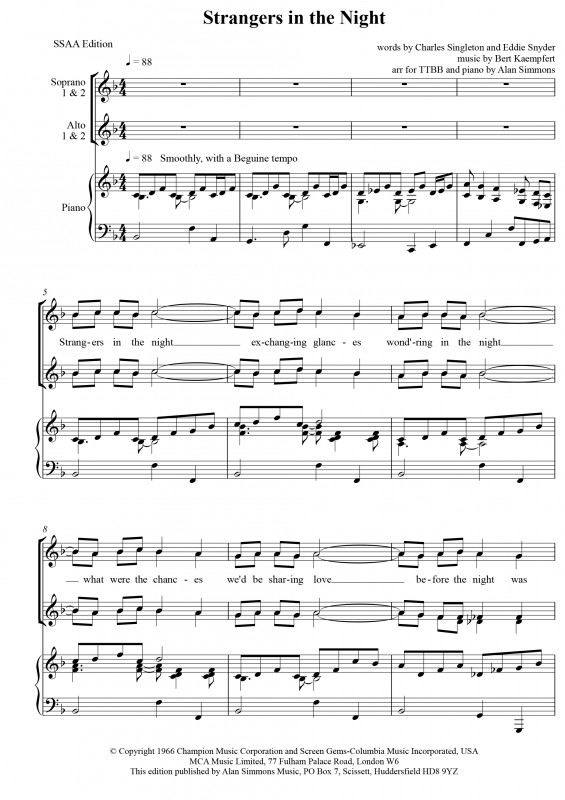 Strangers in the Night – SSA(A)