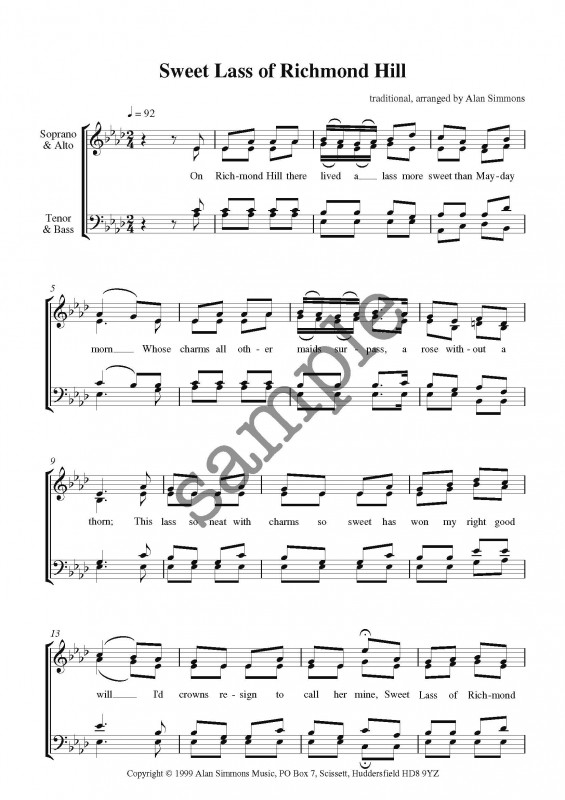 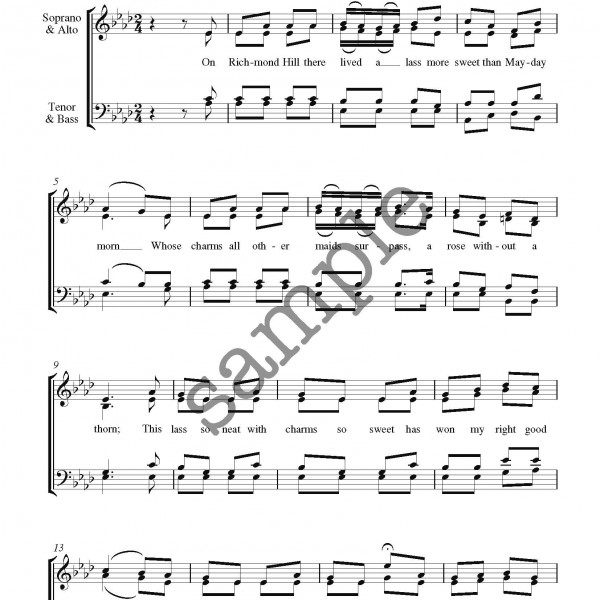 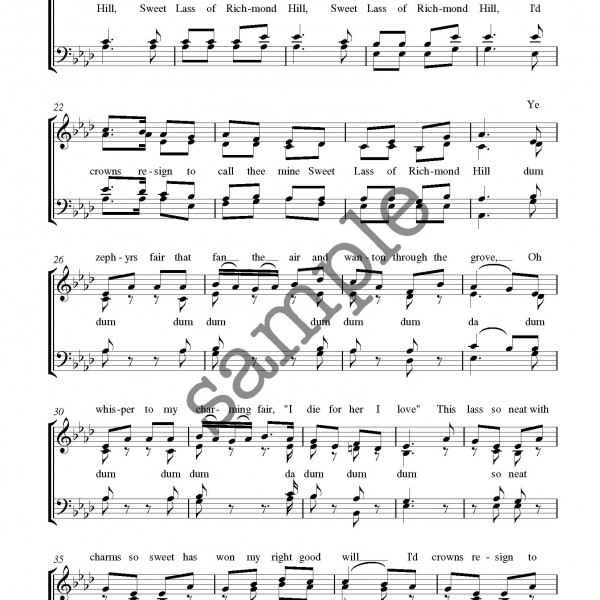 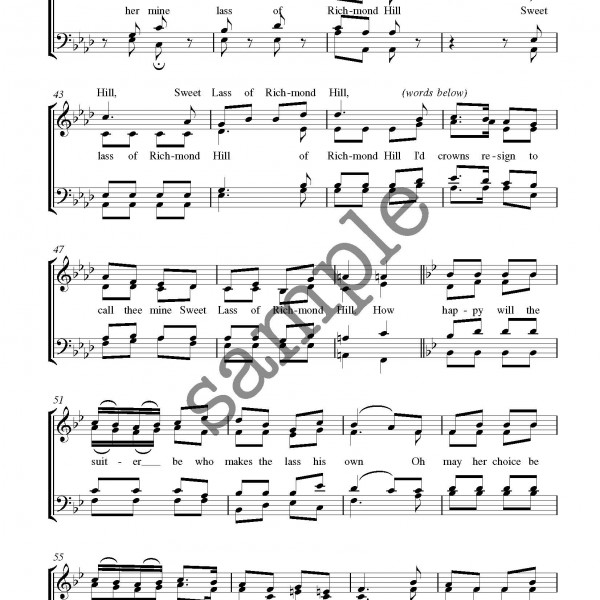 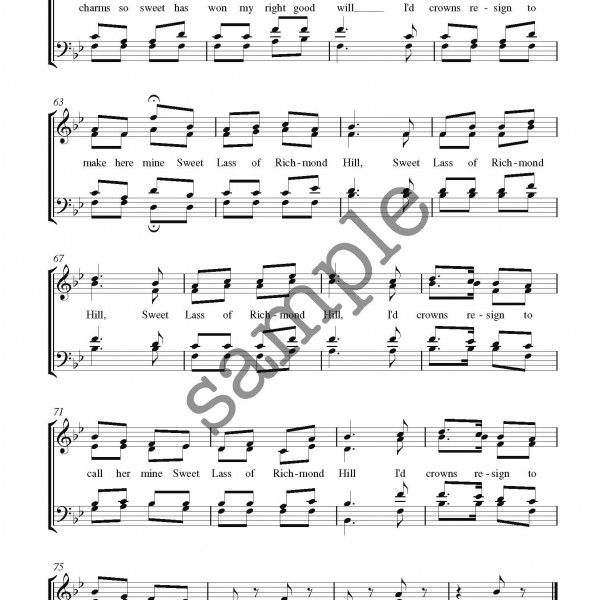 A fun traditional song. By Leonard McNally with music by James Hook in 1789. It was said to be a favourite of George III and, at one time, was thought to have been written by his son, George IV. The love ballad which popularized the poetic phrase “a rose without a thorn” as a romantic metaphor. Used as a military march by the British army.