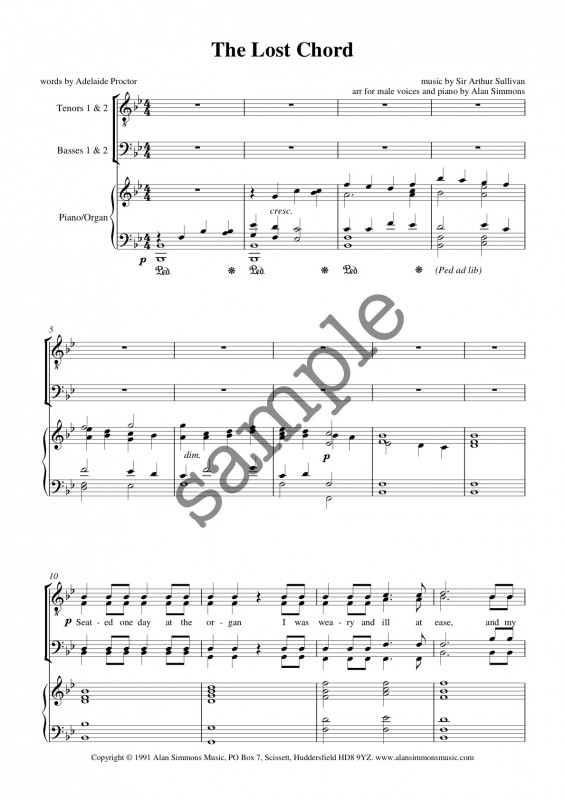 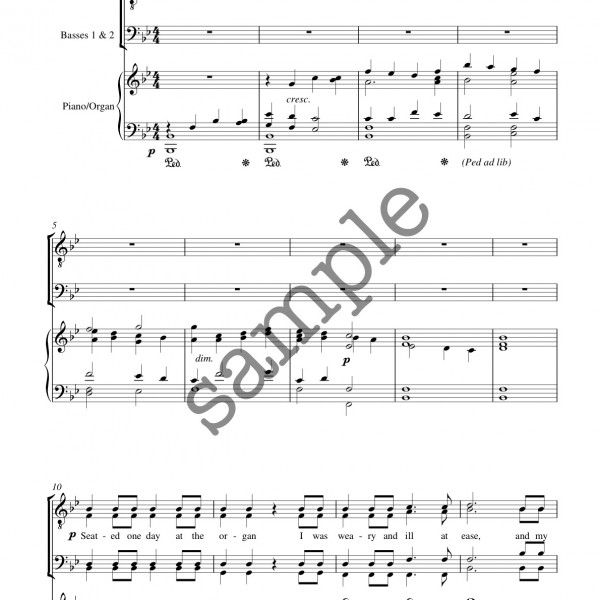 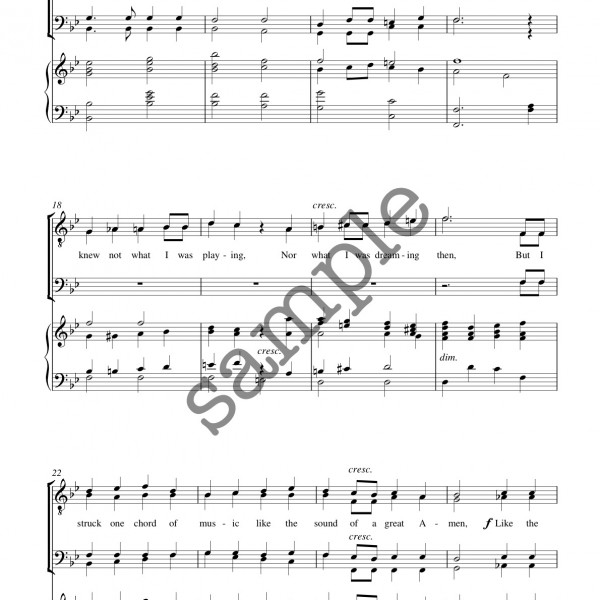 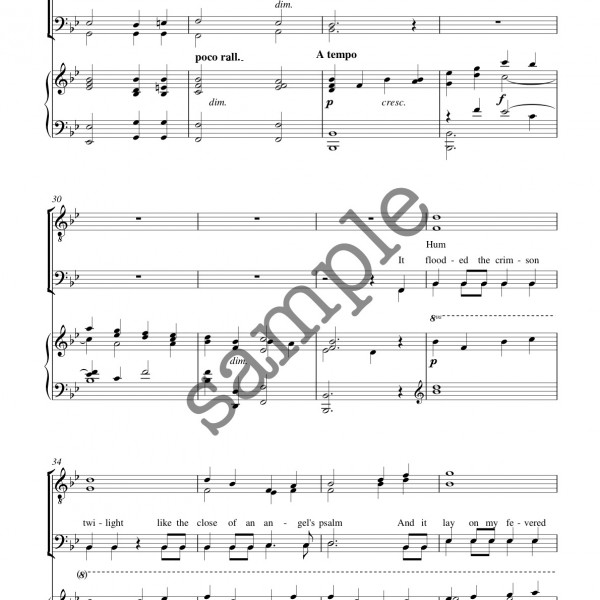 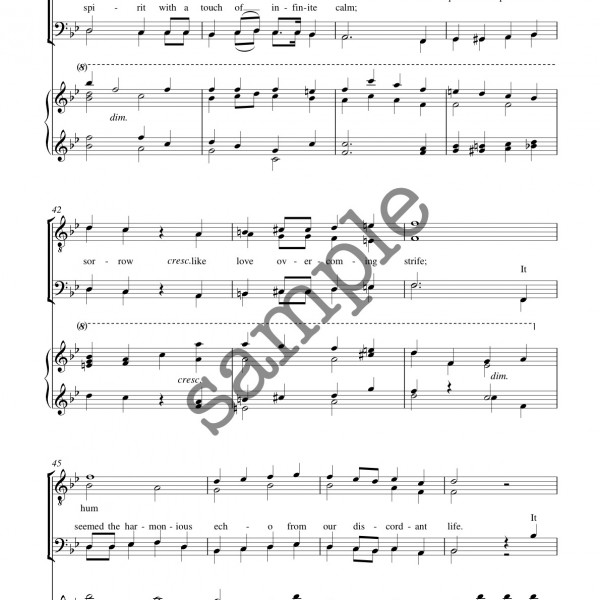 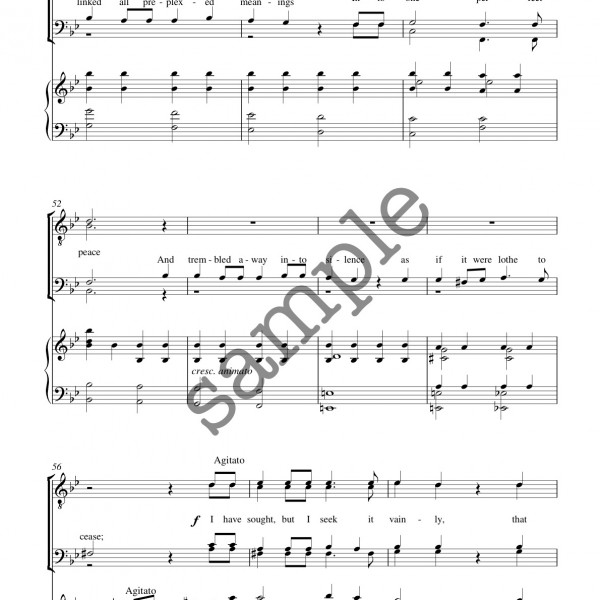 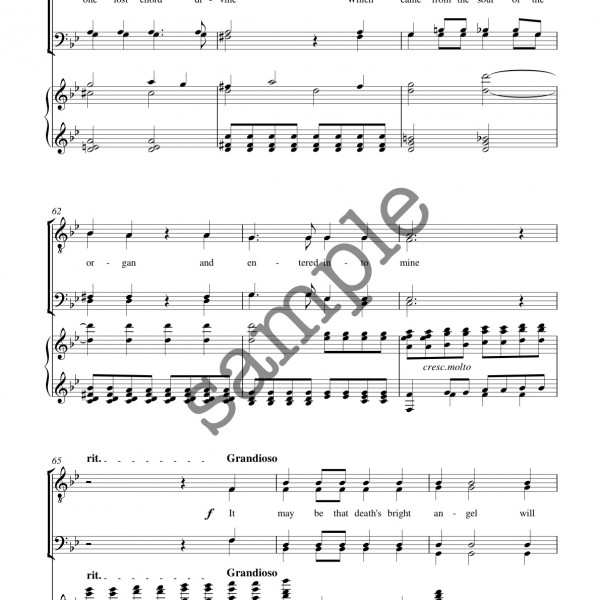 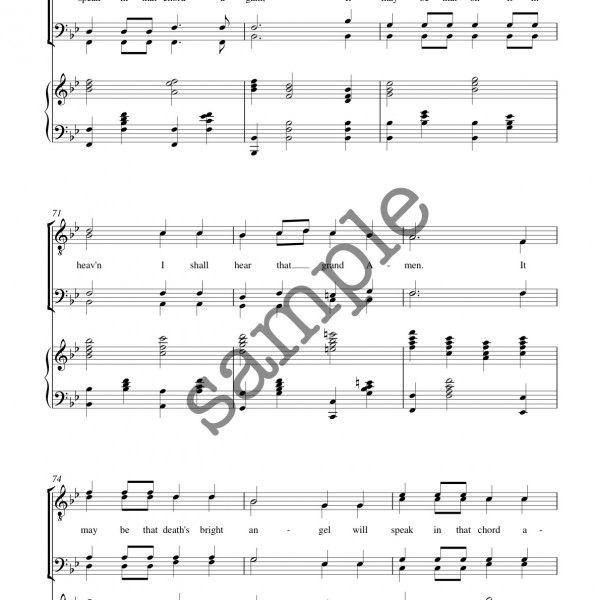 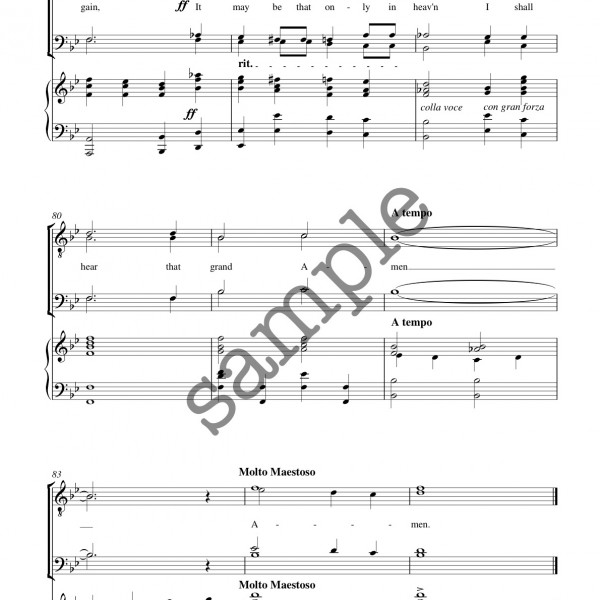 Composed by Arthur Sullivan at the bedside of his brother Fred during Fred’s last illness. The manuscript is dated 13 January 1877; Fred Sullivan died five days later. The lyric was written as a poem by Adelaide Anne Procter called “A Lost Chord,” published in 1858 in The English Woman’s Journal. This arrangement is particularly impressive when accompanied by and organ. As you can imagine there are wonderful chords throughout – and a dramatic conclusion.