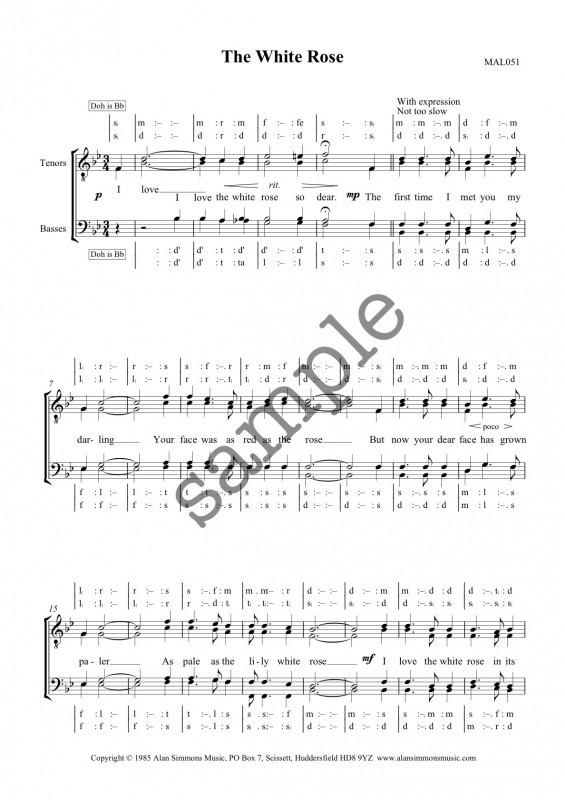 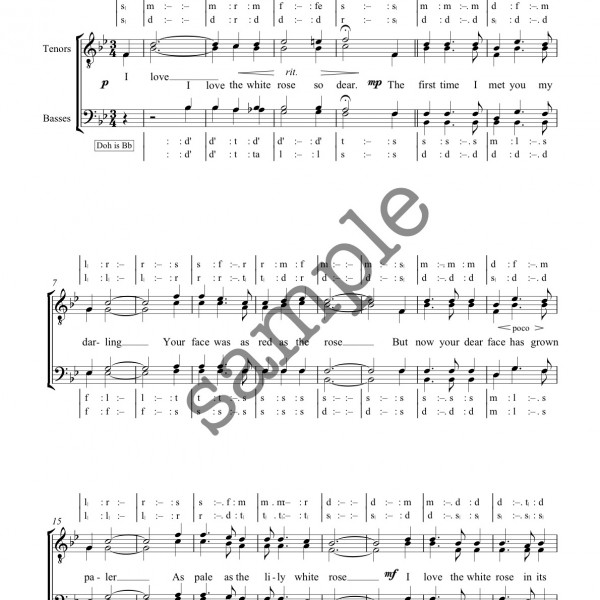 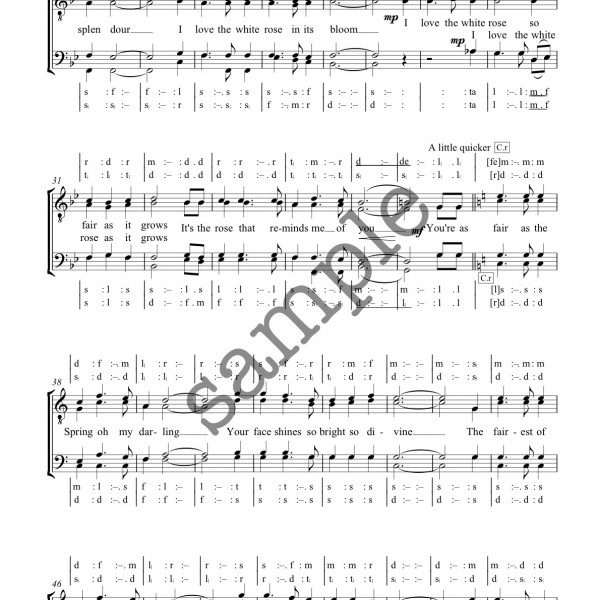 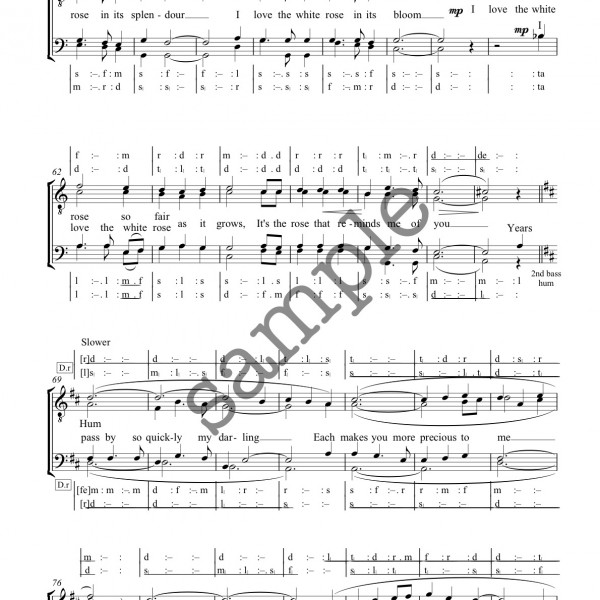 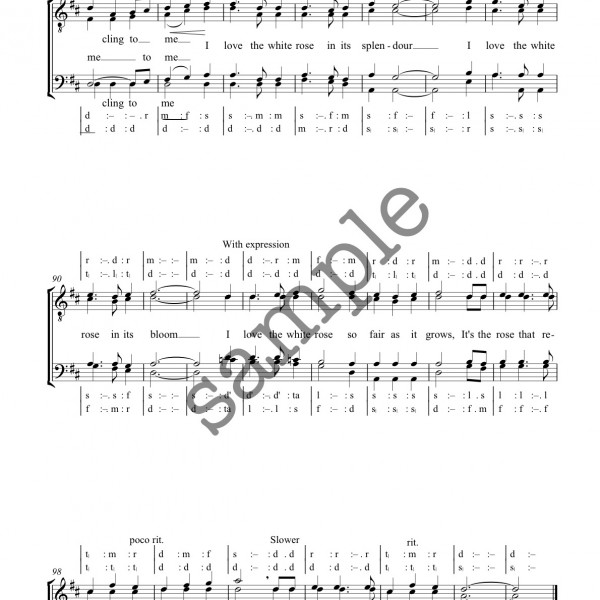 The White Rose is a traditional Cornish folk song, the chorus of which appeared in the film Ladies in Lavender (2005). The song remains popular and has been recorded by many of the Cornish male voice choirs. In 2001 it was read at the funeral of Rick Rescorla, Cornish hero of 9/11.