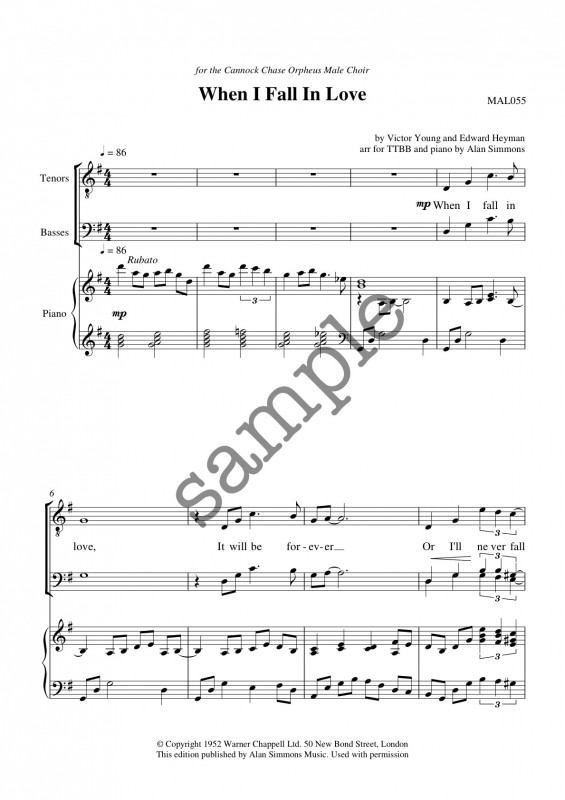 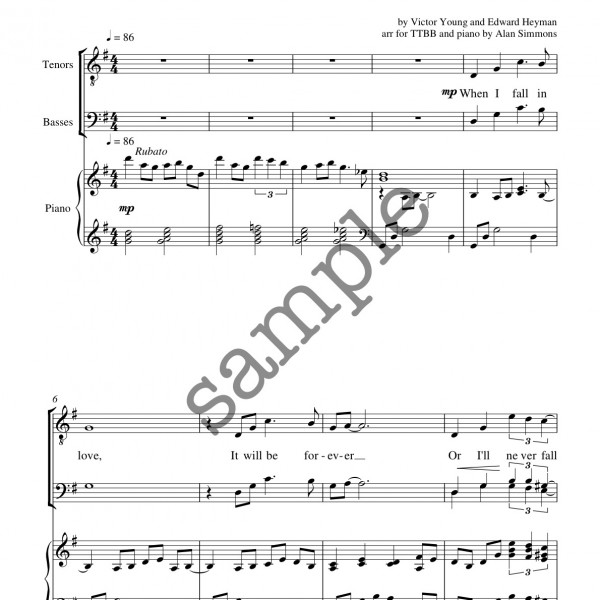 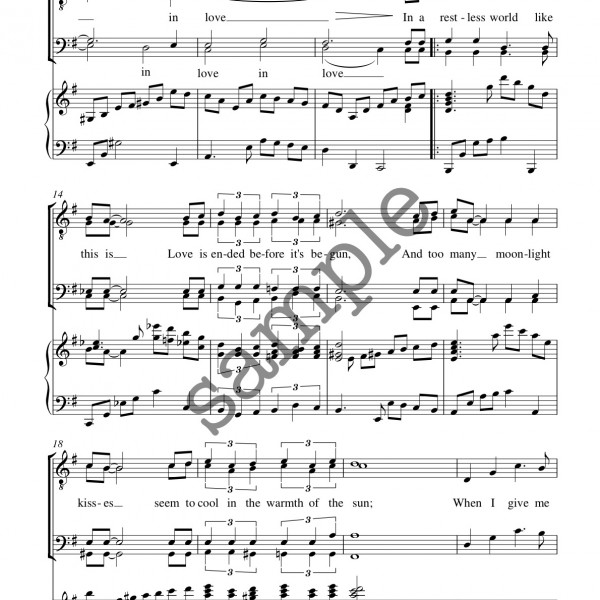 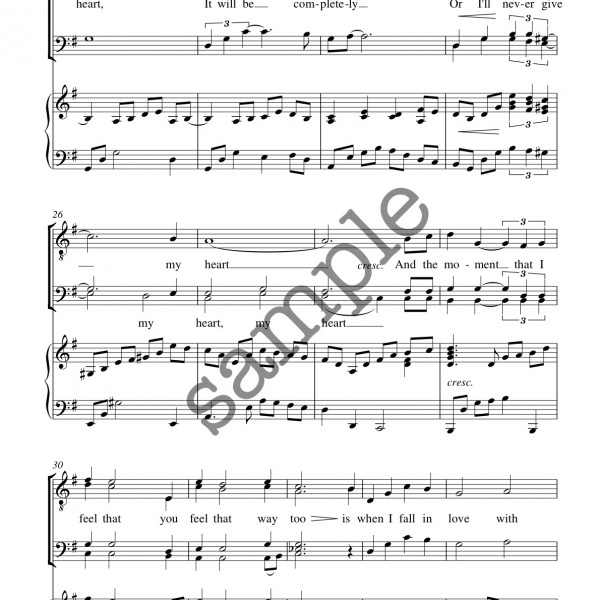 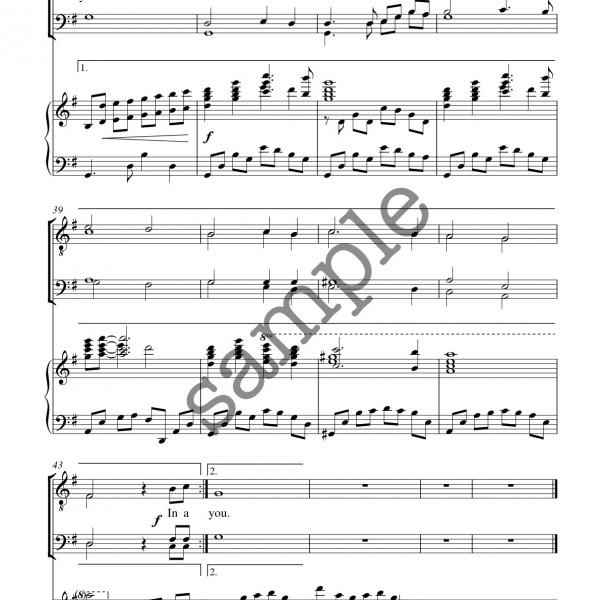 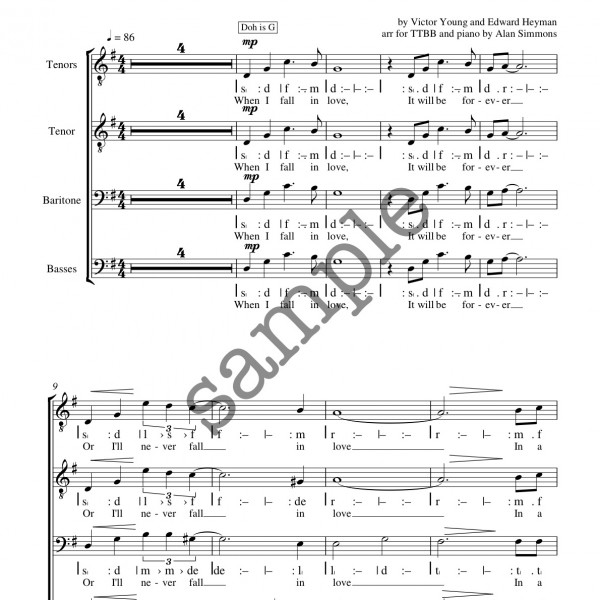 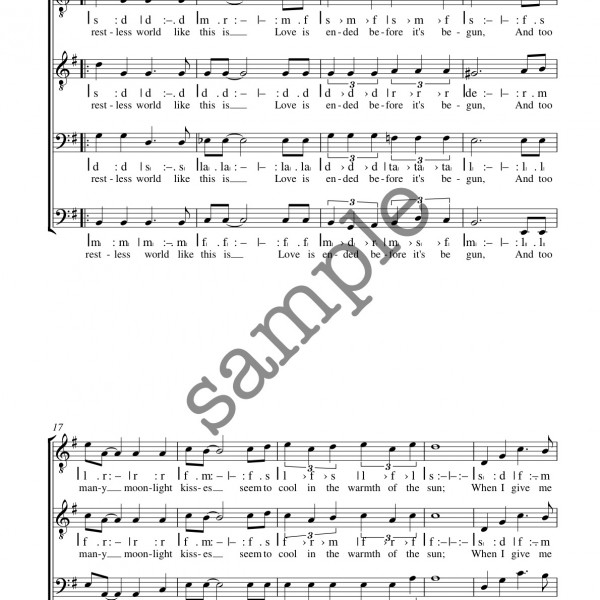 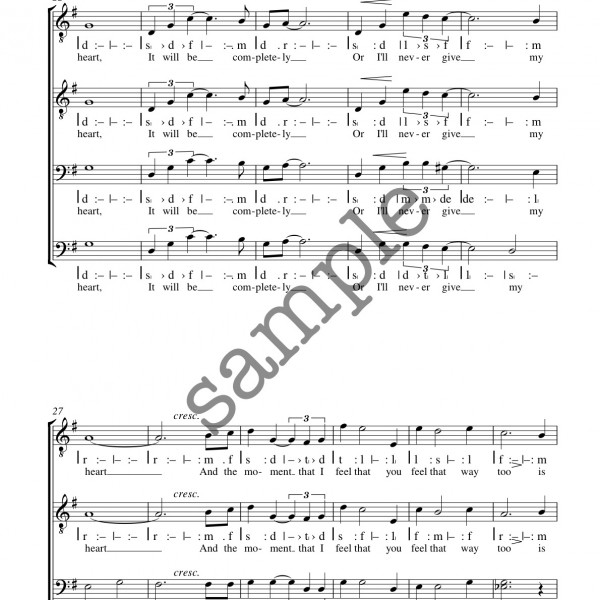 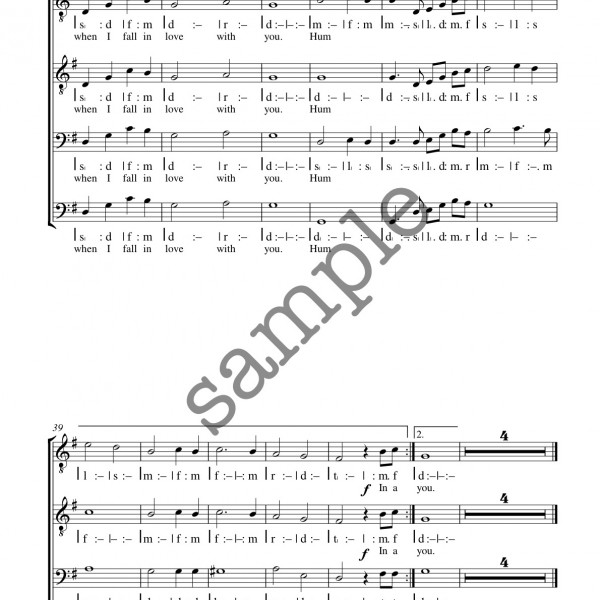 When I Fall in Love – TTBB

Written by Victor Young (music) and Edward Heyman (lyrics), this song was introduced in the film One Minute to Zero. The song has become a standard, with many artists recording it, though the first hit version was sung by Doris Day released in July 1952. Since then a few have included Nat King Cole in 1956, Johnnie Mathis in 1958, Lesley Garrett in 2007 and, 30 years after the Nat King Cole hit, Rick Astley just missed the Christmas number one slot.This arrangement is also available in Solfa notation, please contact us for further information.